With the rapid increase in rental rates and housing prices, recent years have seen a drastic decrease in home ownership rates among younger generations. Millennials have already experienced the trials of the housing market, and with the new trend of inflation, it seems that Gen Z will have an even tougher time owning their own home. The lack of affordable housing is especially pronounced for young members of the Black community. African Americans trail thirty points behind the white community when it comes to rates of home ownership, with only forty-two percent of black families owning their own home.

Even in eras where white ownership rates were high, African Americans still struggled to purchase and keep their own homes. After World War II, returning white soldiers moved their families from rented places in the cities to the new, expanding suburbs surrounding urban centers. While whites were able to acquire single-family homes with ease, Black families did not have these same opportunities. New suburban developments were often segregated, and white homeowners’ associations reacted violently to Black families moving into their neighborhoods. Racism also prevented many families from getting the loans they would have needed to afford a real-estate purchase.

Black families have also been discriminated against in terms of the values of their homes. Banks and other financial institutions are infamous for appraising Black homes at a lower value than the same type of property, were it owned by a white family. The devaluation of Black homes only reinforces the racist myth that home values sink when Black people start moving into a neighborhood. The houses remain the same, but the value that the real-estate market places on the people who live in them decreases because of the color of their skin.

One of the most recent barriers to Black homeownership is student loan debt. Forty-two percent of Black households have student loan debt, almost twice the amount of either Asian or white households. This financial obligation is compounded by the fact that half of Black renters are burdened by the cost of rent, spending thirty percent or more of their monthly income on housing alone. Thus, a system of institutional racism has emerged in which Black families are barred from owning real property, but find themselves paying exorbitant amounts in rent every month to white landlords who perpetuate the disparity in ownership rates. 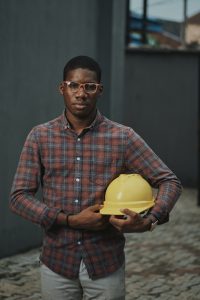 With Recession Looming, Black Communities are Again Reminded of the Threat Posed by Income Inequality