Over the past several months, cities in the Eastern United States have experienced a significant influx in central American migrants. The increasing migrant population is partly due to the actions of governors in in southern states, who have been shipping the migrant population at their borders to northern cities. Governors from Arizona, Florida, and Texas continue to engage in a reckless and dangerous policy which may prove disastrous to the urban poor in these east-coast cities. Over the past year, 7,000 migrants were sent to Washington D.C. from Texas by governor Gregg Abbott, along with about 1,500 from Arizona Governor Doug Ducey. These actions are part of an initiative to put pressure on the Democratic party federal border policies. Florida Governor, Ron DeSantis was one of the first to undertake this political op, when he devised a cruel scheme to ship asylum seekers arriving in Florida to Democratic cities along the east coast. Under the governor’s orders, Venezuelan migrants were rounded up in the streets of San Antonio and shipped to Massachusetts on private planes. These migrants were expecting assistance with housing and jobs upon their arrival, but were instead dropped off along the coast of Cape Cod with no housing or infrastructure in place to care for their needs. As a result, the eastern states have had to take on that burden themselves, and have struggled to adequately provide for these vulnerable groups of people.

Hundreds of asylum seekers continue to require immediate social care and assistance. According to BBC, it will cost New York 1 billion dollars to provide for these refugees. Judging solely from the state’s spending, it is unclear where the funds to support the asylum seekers will come from. More than 17,000 migrants have arrived in the city from the southern border since April, causing New York City’s mayor Eric Adams to declare a state of emergency. State officials have introduced a plan for two emergency relief centers to provide temporary accommodations, but immigration advocates fear that these efforts do not adequately address the gravity of the need in these northern cities. Kathleen Cash, an advocate of the Urban Justice Center, has suggested that opening short-term municipal refugee camps while failing to honor the right of New York’s homeless population to receive shelter is a short-sighted and faulty approach. There is simply not enough funding or infrastructure for New York City’s homeless shelters to provide for such a drastic increase in needy individuals. While policymakers

The situation in D.C. is potentially even more tragic. Much like New York, the country’s capital does not have enough space or funds to welcome the number of migrants being funneled into its borders from the southern states. As hundreds of buses come into Washington, it inhibits the state’s ability to provide food and housing for the vulnerable groups that already require assistance. It is apparent that the issue needs to be addressed locally by the southern state governors in cooperation with federal assistance, to aid the areas that are seeing an increase in needy migrants. In addition, the federal government should cut off relief funds to those states that are participating in these dangerous practices. It has been reported that millions of dollars in grant funding were provided to the Florida Department of Transportation to handle the migrant crisis, which the DeSantis administration used to fund the flights that carried migrants out of his jurisdiction and into Massachusetts.

The political dynamics of the immigration issue, should not stand in the way of resolving the humanitarian catastrophe that New York and Washington, D.C. are currently facing. As eastern states welcome thousands of migrants, it is essential to remember that many of these asylum seekers are fleeing persecution and other severe circumstances in their home countries. It is worth considering that their decision to leave their home was not as a choice but rather as a socio-political outcome. “No one leaves their land because they want to,” says Kelin Enriquez, one of the Venezuelan migrants. Brilliant Minds Collective challenges policymakers at the local, state, and federal level to develop an equitable way to balance the needs of asylum seekers with the needs of the homeless and underprivileged populations that already exist in these northern cities. 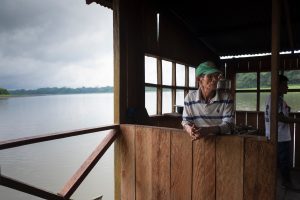 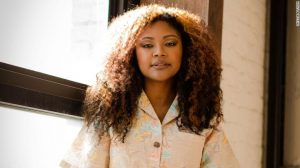 Latinos must confront anti-Black racism and colorism within their communities, writers argue in new anthology