Anthropogenic climate change and its consequences are a global phenomenon. Its effects are felt more deeply in developing countries, especially those on the African continent. Following the COP26 and 27 convention, it is evident that the failures of the Global North to recognise the need to amplify marginalized voices is not only an issue of justice but also of climate neglect. Other climate change conferences and conventions were criticized for leaving-out certain communities and voices which are imperative to the struggle against climate catastrophe. Therefore, who is it that we need to turn to if not the very institutions claiming to solve these problems?

There are an estimated 370 million indigenous people whose livelihoods are disproportionately negatively affected by climate change, including those located on the African continent. Indigenous communities consist of groups of people who do not recognise or have been placed outside of the dominant state system or governance of an area. These indigenous communities have a different culture and way of living in comparison to the dominant majority living in the area, and are often at threat of extinction. They are also considered vulnerable and suffer from various forms of economic, social and political marginalization. Their way of life is dependent on the rights they are granted to their traditional land and therefore, the resources the land provides. With climate change becoming more serious with extreme weather events such as drought and the burden of serious poverty, the little land that is protected and the communities cultivating it are at risk.

Moreover, Indigenous peoples in Africa, live in a wide array of sensitive ecosystems and use natural resources for pastoralism, hunting or foraging. Their traditional practices involve implementing the wisdom of generations before them to take care of their land such as livestock keeping, biodiversity protection and harboring knowledge on the protection of local nature. This wisdom, experience and most importantly, direct knowledge of their environmental resources in their lands and territories, makes indigenous communities the perfect example of how climate-related challenges can be tackled by African Indigenous communities, and the need for these local strategies to be highlighted on a local, regional and global scale. This is particularly important as the degradation of indigenous livelihoods and ecosystems poses a serious risk to the continent’s sustainability and the lives of their communities.

The resilience and adaptations of Indigenous communities is challenged by unequal power in decision making, vulnerability amongst populations, poverty and agro-business. The current governing frameworks do not effectively protect indigenous people’s interests, livelihoods, resources and rights. This is a gross injustice considering they are some of the most carbon-neutral populations to exist, thus contributing very little, if anything, to the climate catastrophe.

Fortunately, there are activists and non-profit organizations who have created demands which fit into a climate justice system which places Indigenous communities at the center of climate change mitigation strategies. According to the IPACC, this would include: promoting Indigenous adaptation plans, engagement in UN treaty bodies on the environment (UNFCCC and the like), conserving African Forests with the participation of the tribes and communities who rely on them and the protection and promotion of Indigenous rights over not only their land but of their intellectual property. These demands highlight a greater need for a local human-rights framework, rather than larger  global paradigms which are clearly not touching the lives of Indigenous communities in a positive manner. The agency of indigenous people needs to be recognised as a powerful tool for change, with regards to climate change mitigation strategies but also as a part of larger recognition of their rights to their land, and ways of living.

Chulani, N., Cop27: ‘It’s humiliating’ – Indigenous voices say they are being ignored at climate summit – as it happened, The Guardian. <https://www.theguardian.com/environment/live/2022/nov/09/cop27-egypt-negotiations-and-protests-begin-in-sharm-el-sheikh-live>, accessed 04.12.2022 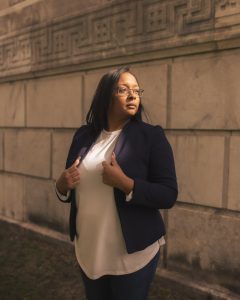 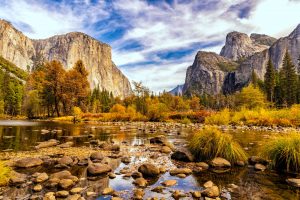 How Inclusive Are the U.S. National Parks?

The Vega v. Tekoh Decision is an Attempt by the Court to Fight Back Against Black Lives Matter and the George Floyd Protests