The economy likely contracted for the third year running in FY 2021—which ended in September—amid natural disasters and political uncertainty. Following President Moïse’s assassination in July, the country was pummeled by an earthquake and then by a tropical storm in August. In mid-September, Prime Minister Ariel Henry fired the justice minister and the chief public prosecutor, following the latter’s request that the PM be charged with involvement in the president’s assassination. Later that month, Henry also delayed elections and a referendum to modify the constitution—which could grant the presidency greater power—until next year. Prospects have gone from bad to worse heading into FY 2022: Ongoing gang violence and insecurity continue to intensify, while blockages of ports and roads have caused severe fuel shortages, crimping economic activity and forcing hospital closures. 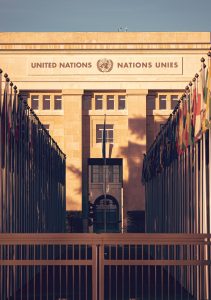 U.N. Presence Not Enough to Deter Gang Violence in Haiti